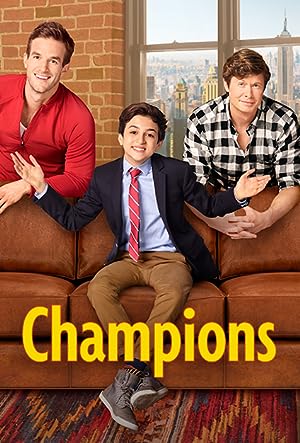 How to Watch Champions Online in Australia

What is Champions about?

Vince, a charismatic gym owner with no ambition lives with his younger brother Michael, a gorgeous idiot. Their simple life of women and working out is put on hold when the teenage son of Vince is dropped off on their doorstep by Priya, one of his old high school flings.

Where to watch Champions

Which streaming providers can you watch Champions on

Here is the comprehensive list of streaming providers that will show Champions in Australia. If Champions will appear with other providers further down the line, this table will be updated.

The cast of Champions

Champions is a great Comedy movie, we’ve selected several other movie options that we think you would like to stream if you have watched Champions

Champions is a great comedy show, we’ve selected several other show options that we think you would like to stream if you have watched Champions