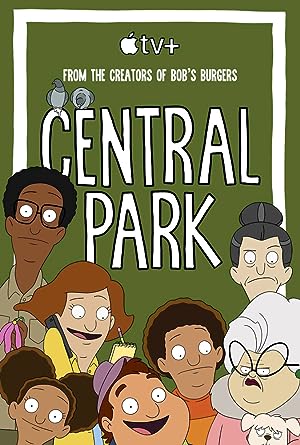 How to Watch Central Park Online in Australia

What is Central Park about?

An animated musical series that tells the story of a how a family of caretakers, who live and work in Central Park, end up saving the park, and basically the world.

Where to watch Central Park

Which streaming providers can you watch Central Park on

Here is the comprehensive list of streaming providers that will show Central Park in Australia. If Central Park will appear with other providers further down the line, this table will be updated.

The cast of Central Park

Central Park is a great Animation movie, we’ve selected several other movie options that we think you would like to stream if you have watched Central Park

Central Park is a great animation show, we’ve selected several other show options that we think you would like to stream if you have watched Central Park

Got a question about Apple TV+?

You can watch Apple TV+ on the Apple TV app, which is already on your Apple devices. Just open the app, click or tap Apple TV+, and enjoy the shows and movies. You can also watch Apple TV+ on streaming platforms, popular smart TVs and AirPlay-enabled TVs with the Apple TV app4 — or watch online
You can share Apple TV+ with up to 5 family members.
Yes, you can download content and watch it anytime anywhere for on-the-go offline viewing.