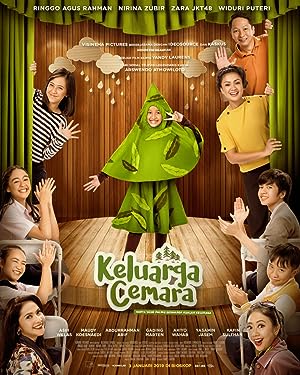 How to Watch Cemara's Family 2018 Online in Australia

What is Cemara's Family about?

After the bankruptcy, Abah loses his house and all of his treasures. He also loses his case in the court, hence his family is threatened to live in poverty forever. Abah then had to get used to his new life along with his little family.

Where to watch Cemara's Family

Which streaming providers can you watch Cemara's Family on

The cast of Cemara's Family

Cemara's Family is a great Drama movie, we’ve selected several other movie options that we think you would like to stream if you have watched Cemara's Family

Cemara's Family is a great drama show, we’ve selected several other show options that we think you would like to stream if you have watched Cemara's Family