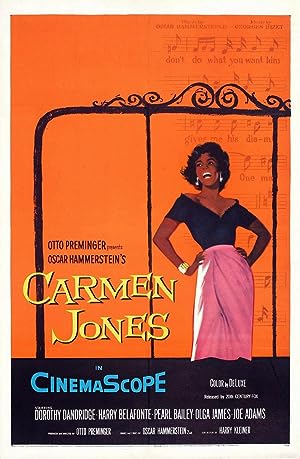 How to Watch Carmen Jones 1954 Online in Australia

The cast of Carmen Jones

What is Carmen Jones about?

At an all-black army camp, civilian parachute maker and "hot bundle" Carmen Jones is desired by many of the men. Naturally, she wants Joe, who's engaged to sweet Cindy Lou and about to go into pilot training for the Korean War. Going after him, she succeeds only in getting him into the stockade. While she awaits his release, trouble approaches for both of them. Songs from the Bizet opera with modernized lyrics.

Where to watch Carmen Jones