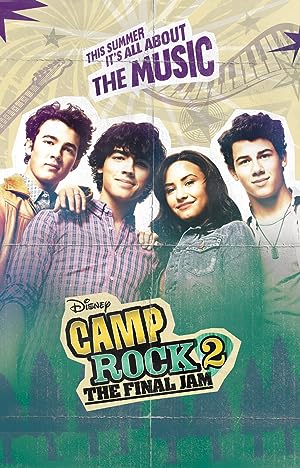 How to Watch Camp Rock 2: The Final Jam 2010 Online in Australia

The cast of Camp Rock 2: The Final Jam

What is Camp Rock 2: The Final Jam about?

Mitchie can't wait to return to camp rock so that she and love-interest Shane can spend the summer making music and having fun with their friends and band mates. But when a rival camp, Camp Star, run by famous music producer Axel Turner opens across the lake, it causes many Camp Rock campers and counselors to ditch Camp Rock and join Camp Star. Mitchie finds herself too busy running the camp and preparing for the "Camp Wars" to have much fun, but Shane and friends help her open up and look on the bright side of summer. The Camp Rock gang spends the summer preparing for the dramatic battle of the bands; while still maintaining to have fun.

Where to watch Camp Rock 2: The Final Jam