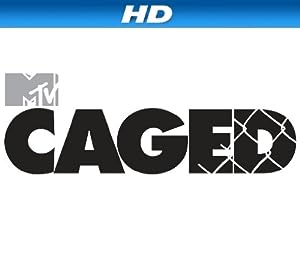 How to Watch Caged Online in Australia

What is Caged about?

"Caged" takes viewers into the world of young people growing up in small town Louisiana, following a group of friends who are finding their way in the world after high school graduation as they struggle to make something of their lives and break out of the metaphorical cage they've found themselves in. This weekly documentary series will take an honest look into the world of young amateur MMA fighters, both inside and outside of the cage. One is dealing with his lost love, another tries to balance his young family and fighting, and another just yearns to make his family proud. It's impossible for them to leave these issues outside of the ring, and each week, viewers will see how their personal lives and choices affect their chances inside the cage. For these modern day gladiators, every day is a fight to break free from the past, and to find their future. It's their chance to turn their lives around, and an opportunity to stand up and fight to make something of themselves. "Caged" is executive produced by Joke Fincioen and Biagio Messina of Joke Productions. Dave Sirulnick and Amy Bailey are executive producers for MTV. The series is from MTV's award-winning News and Docs department.

Where to watch Caged

Which streaming providers can you watch Caged on

Here is the comprehensive list of streaming providers that will show Caged in Australia. If Caged will appear with other providers further down the line, this table will be updated.

The cast of Caged

Caged is a great Reality-TV movie, we’ve selected several other movie options that we think you would like to stream if you have watched Caged

Caged is a great reality-tv show, we’ve selected several other show options that we think you would like to stream if you have watched Caged