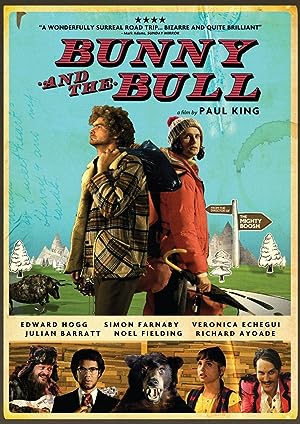 How to Watch Bunny and the Bull 2009 Online in Australia

The cast of Bunny and the Bull

What is Bunny and the Bull about?

Stephen has agoraphobia and, in the flat he won't leave, meticulously labels and stores everything from nail clippings to urine. In long flashbacks we see a trip to the continent he took with his only friend Bunny, an outgoing, inveterate gambler. The European trip is a bit dull (Stephen wants to visit every museum imaginable) until one night in Poland they meet Eloisa, a Spanish waitress, and offer to drive her home for her city's fiesta. We can guess that the trip won't end well - because Stephen is now stuck in his flat with occasional visits from Bunny - but will anything in the reverie move Stephen to action?

Where to watch Bunny and the Bull

More Comedy tv shows like Bunny and the Bull