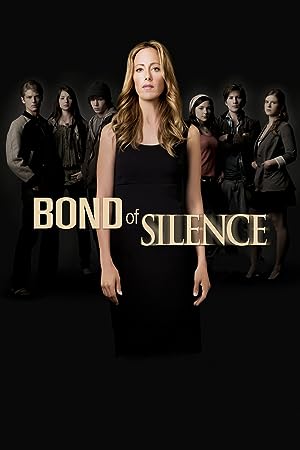 How to Watch Bond of Silence 2010 Online in Australia

The cast of Bond of Silence

What is Bond of Silence about?

A widow's forgiveness. A killer's remorse. Bond of Silence is the true life story of a shocking murder and the amazing bond that came from it. Katy and Bob live a perfect life in a small close knit town. He's a respected lawyer, a renowned tri-athlete. She just had twins. It is New Year's Eve. Teens converge on the house next door. Always the good neighbor, Bob goes to shut it down. A confrontation occurs. Then he's dead. No teen comes forward. The media pours in. Headlines scream. Katy hunts for answers. But no one talks. A bond of silence covers the town. The police do an undercover sting and someone's caught. Ryan, a popular kid, tries to be cool, but the burden of what he did that night is unbelievable. Ryan and his attorney want to plead not guilty, but then Katy and Ryan meet. Where Katy should be a grieving wife, she becomes a supportive mother. Rather than berating, she listens. Rather than accusing, she comforts. And Ryan tells her what happened. Step by step. When Ryan appears in court he pleads guilty. He turns to Katy. The look between them is one of compassion and shared loss. Katy pleads for leniency and makes a horrible ending be a hope-filled beginning.

Where to watch Bond of Silence