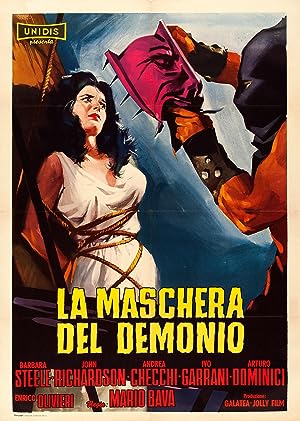 How to Watch Black Sunday 1960 Online in Australia

The cast of Black Sunday

What is Black Sunday about?

In the Seventeenth Century, in Maldavia, Princess Asa Vajda and her lover Javutich (Arturo Dominici) are killed by the local population, accused of witchcraft. A mask of Satan is attached to their faces. Princess Asa curses her brother, promising revenge to his descents. The body of Javutich is buried outside the cemetery, and the coffin of Princess Asa is placed in the family's tomb with a cross over it for protection. Two hundred years later, Professor Thomas Kruvajan and his assistant, Dr. Andre Gorobec, are going to a congress in Russia and they accidentally find the tomb. Dr. Thomas breaks the cross, releasing the evil witch. When they are leaving the place, Dr. Andre meets Princess Katia Vajda, descendant of Princess Asa, and falls in love with her. Meanwhile, Katia is threatened by the witch, who wants to use her body to live again.

Where to watch Black Sunday