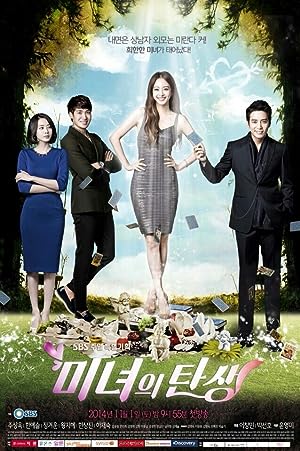 How to Watch Birth of a Beauty Online in Australia

What is Birth of a Beauty about?

Overweight, kind-hearted Sa Geum-ran (Ha Jae-sook) married into a well-to-do family, but her husband Lee Kang-joon (Jung Gyu-woon) has spent the past seven years in the United States for his business, and she lives with his mother and sisters who treat her badly. Geum-ran learns that Kang-joon has been having an affair with sophisticated broadcast announcer Gyo Chae-yeon (Wang Ji-hye), and he asks for a divorce. When she sees her in-laws welcoming Chae-yeon with open arms, the distraught Geum-ran threatens her husband, who follows her and causes her to drive her car off a cliff. Everyone assumes that Geum-ran committed suicide and attends her funeral, not knowing that she's still alive. To get revenge against those who've wronged and betrayed her, Geum-ran begs Han Tae-hee (Joo Sang-wook), whom she thought was the plastic surgeon of extreme-makeover television show Change, to transform her, and he reluctantly agrees because of his own ulterior motives. After weight loss and surgery, Geum-ran emerges from the full-body makeover as a stunningly beautiful woman, and she begins calling herself the new name Sara (Han Ye-seul), albeit retaining her coarse ajumma personality. With Tae-hee as her life coach, they scheme to ruin Kang-joon and Chae-yeon's upcoming wedding in three weeks. But as Sara interacts with Kang-joon in their staged run-ins, old feelings resurface, and she decides that instead of destroying him, she wants her husband back. They adjust their plan accordingly, though Tae-hee soon finds himself falling for Sara.

Where to watch Birth of a Beauty

Which streaming providers can you watch Birth of a Beauty on

The cast of Birth of a Beauty

Birth of a Beauty Trailer

More comedy tv shows like Birth of a Beauty

Watch Birth of a Beauty