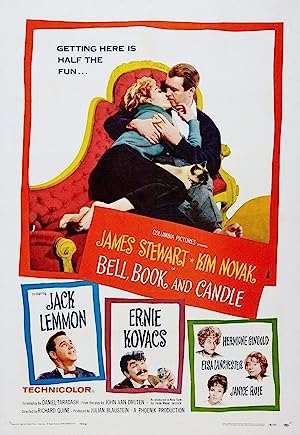 How to Watch Bell Book and Candle 1958 Online in Australia

The cast of Bell Book and Candle

What is Bell Book and Candle about?

Gillian Holroyd is just your average, modern-day, witch, living in a New York apartment with her Siamese familiar, Pyewacket. But one day a handsome publisher, Shep Henderson walks into her building and Gillian decides she wants him--especially as it turns out he's marrying Merle Kittridge, an old poison penpal from Gillian's college days. So, Gillian casts a spell over Shep. But her powers are in danger of being exorcised by something stronger than the bell-book-and-candle routine: Love.

Where to watch Bell Book and Candle