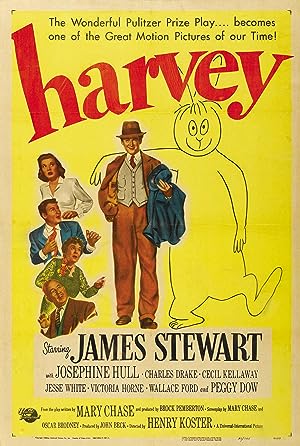 How to Watch Harvey 1950 Online in Australia

What is Harvey about?

The classic stage hit gets the Hollywood treatment in the story of Elwood P. Dowd who makes friends with a spirit taking the form of a human-sized rabbit named Harvey that only he sees (and a few privileged others on occasion also.) After his sister tries to commit him to a mental institution, a comedy of errors ensues. Elwood and Harvey become the catalysts for a family mending its wounds and for romance blossoming in unexpected places.

Where to watch Harvey

Which streaming providers can you watch Harvey on

Here is the comprehensive list of streaming providers that will show Harvey in Australia. If Harvey will appear with other providers further down the line, this table will be updated.

The cast of Harvey

Harvey is a great Comedy movie, we’ve selected several other movie options that we think you would like to stream if you have watched Harvey

Harvey is a great comedy show, we’ve selected several other show options that we think you would like to stream if you have watched Harvey