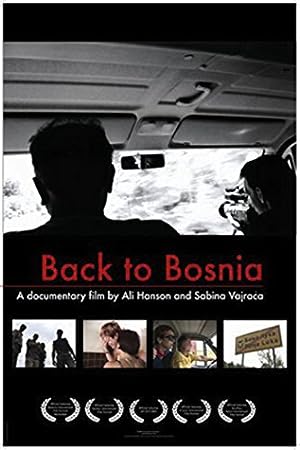 How to Watch Back to Bosnia 2005 Online in Australia

What is Back to Bosnia about?

Back to Bosnia is a documentary film about a family who returns to Bosnia in 2000, to reclaim the property they were forced out of at gun point. While there, the family is confronted with the destruction of their city's multi-ethnic character and forced to examine the community they left behind. They witness an exhumation, visit the sites of war crimes, and seek out the remnants of a city that was once their home, as well as confront those that forced them out.

Where to watch Back to Bosnia

Which streaming providers can you watch Back to Bosnia on

Here is the comprehensive list of streaming providers that will show Back to Bosnia in Australia. If Back to Bosnia will appear with other providers further down the line, this table will be updated.

The cast of Back to Bosnia

Back to Bosnia is a great Crime movie, we’ve selected several other movie options that we think you would like to stream if you have watched Back to Bosnia

Back to Bosnia is a great crime show, we’ve selected several other show options that we think you would like to stream if you have watched Back to Bosnia

Watch Back to Bosnia