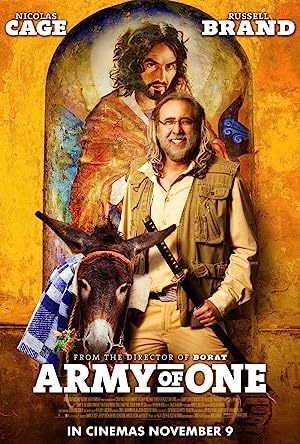 How to Watch Army of One 2016 Online in Australia

The cast of Army of One

What is Army of One about?

Frustrated with the U.S. Government for its fruitless efforts to bring down Al-Qaeda's leader Osama Bin Laden, the eccentric middle-aged, part-time construction worker Gary Faulkner, after a personal visit by God himself, takes the decision to embark on an adventure in the badlands of Pakistan to get the job done. With the intention to bloodlessly capture and bring the infamous, yet, elusive leader to justice, Colorado's former handyman turned vigilante, will overlook his problems with diabetes and meticulously prepare for the long and perilous journey. Between reality and pre-dialysis hallucinations, armed only with a teleshop katana and a Stars and Stripes hang glider, this American samurai on a mission from God is determined to take matters into his own hands and succeed at any cost. Is he a hero or a crackpot?

Where to watch Army of One