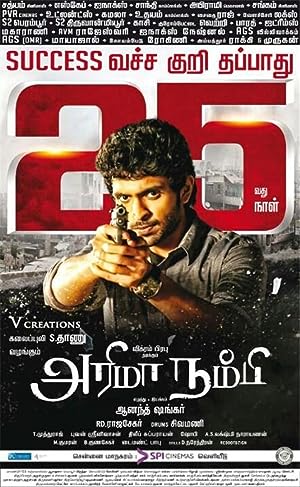 How to Watch Arima Nambi 2014 Online in Australia

The cast of Arima Nambi

What is Arima Nambi about?

During a celebration event at upmarket Hard Rock Cafe, Arjun (Vikram Prabhu) a high end car salesman, sees Anamika (Priya Anand) who is having a nice time with her friends. For Arjun who rates her 10/10, it is love at first sight and they become friends the same day! Next day he goes out with her for dinner and end up at her posh apartment drunk. Suddenly, Anamika is kidnapped by two thugs from her apartment, and Arjun runs to the cops. However he discovers a complicated political conspiracy behind her kidnapping

Where to watch Arima Nambi