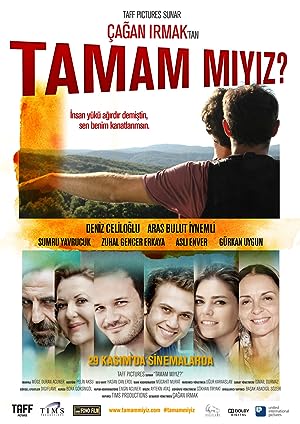 How to Watch Are We OK? 2013 Online in Australia

The cast of Are We OK?

What is Are We OK? about?

Temmuz is an openly gay sculptor living at a flat with his dog in Istanbul. He lives a bohemian lifestyle and has a happy go lucky, carefree, eccentric (such as believing in good luck charms) character, frequently distracting him from his work as a children's book illustrator, and eventually leading him to be abandoned by his boyfriend via e-mail. He is given solace and affection by her wealthy mother, who is fully supportive of him, and best friend and co-worker, Beste. In the meantime, he keeps seeing a young man in his dreams, who repeatedly calls him for help and rescue. One day he runs into this guy while getting on the bus, who is accompanied by his mother, and helps them get into their home as the young man was born without limbs. From then on, two lives would collide into each other, starting a brotherhood full of discoveries and mutual help.

Where to watch Are We OK?