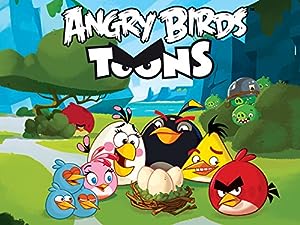 How to Watch Angry Birds Toons Online in Australia

What is Angry Birds Toons about?

Red, Chuck, Bomb, Matilda, Terence, and The Blues need to keep the eggs safe from the pigs that will snatch them at any cost.

Where to watch Angry Birds Toons

Which streaming providers can you watch Angry Birds Toons on

The cast of Angry Birds Toons