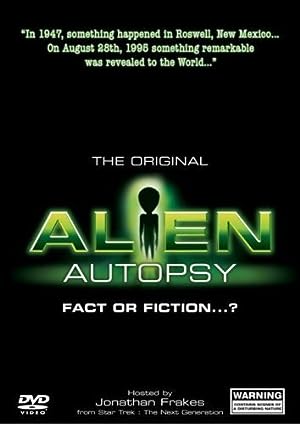 How to Watch Alien Autopsy: (Fact or Fiction?) 1995 Online in Australia

The cast of Alien Autopsy: (Fact or Fiction?)

What is Alien Autopsy: (Fact or Fiction?) about?

Widely considered to be one of the most controversial TV documentary specials ever aired in Prime Time, this famous FOX Network program stirred the "liveliest debate of any home movie since the Zapruder Film," according to Time Magazine. The "home movie" was actually purported to be the actual dissection of an alien being, supposedly recovered and analyzed by the U.S. military near Roswell, New Mexico in 1947.

Where to watch Alien Autopsy: (Fact or Fiction?)