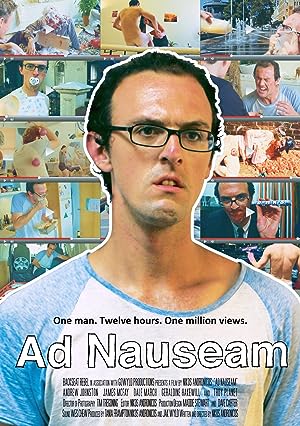 How to Watch Ad Nauseam 2014 Online in Australia

The cast of Ad Nauseam

What is Ad Nauseam about?

Derek and Clive make viral ads and have no morals. Every day they humiliate themselves in front of the camera for corporate clients. No low is too low. It's lucky the money is good. But when their old friend Louis returns triumphantly from London to stage his new play at the Sydney Opera House, Derek realises he's been a sellout and decides to become a novelist. Clive, ignited with jealous rage, asks Derek to help him make the ultimate viral ad: the destruction of Louis. His play, his career, and his purity. It's Derek's last job. And he will cooperate. Won't he?

Where to watch Ad Nauseam