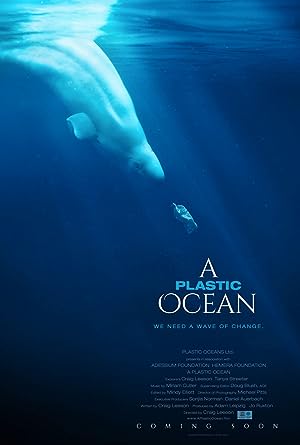 How to Watch A Plastic Ocean 2016 Online in Australia

What is A Plastic Ocean about?

A PLASTIC OCEAN begins when journalist Craig Leeson, searching for the elusive blue whale, discovers plastic waste in what should be pristine ocean. In this adventure documentary, Craig teams up with free diver Tanya Streeter and an international team of scientists and researchers, and they travel to twenty locations around the world over the next four years to explore the fragile state of our oceans, uncover alarming truths about plastic pollution, and reveal working solutions that can be put into immediate effect.

Where to watch A Plastic Ocean

Which streaming providers can you watch A Plastic Ocean on

The cast of A Plastic Ocean

A Plastic Ocean is a great Documentary movie, we’ve selected several other movie options that we think you would like to stream if you have watched A Plastic Ocean

A Plastic Ocean is a great documentary show, we’ve selected several other show options that we think you would like to stream if you have watched A Plastic Ocean