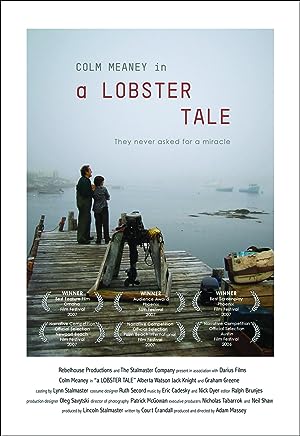 How to Watch A Lobster Tale 2006 Online in Australia

What is A Lobster Tale about?

Cody Brewer, a quiet New England fisherman isn't doing too well for himself. His wife feels neglected, and his son keeps getting picked on by the school bully. While out collecting his lobster traps one day, Cody finds a strange green moss that holds magical powers. Once word gets out about the magical moss, the entire town suddenly becomes Cody's best friend, all hoping to get a piece of it. With the townspeople clamoring for some moss and the already delicate state of the Brewer family, Cody has a tough time figuring out exactly what to do.

Where to watch A Lobster Tale

Which streaming providers can you watch A Lobster Tale on

Here is the comprehensive list of streaming providers that will show A Lobster Tale in Australia. If A Lobster Tale will appear with other providers further down the line, this table will be updated.

The cast of A Lobster Tale

A Lobster Tale is a great Drama movie, we’ve selected several other movie options that we think you would like to stream if you have watched A Lobster Tale

A Lobster Tale is a great drama show, we’ve selected several other show options that we think you would like to stream if you have watched A Lobster Tale