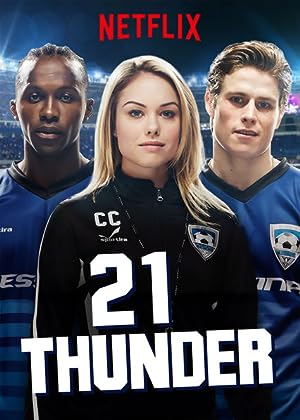 How to Watch 21 Thunder Online in Australia

What is 21 Thunder about?

In the cutthroat world of pro soccer, a club lives and dies by the stars on its under-21 team. They are the future and lifeblood of any franchise, but most will never make it. 21 THUNDER is the story of the Montreal Thunder U21 team, following the team's star players on and off the field. A story of love, crime, race, sex and athletic glory, at its core the series is about how a group of players and coaches unite as family in the whirlwind of life, one step away from the pros.

Where to watch 21 Thunder

Which streaming providers can you watch 21 Thunder on

Here is the comprehensive list of streaming providers that will show 21 Thunder in Australia. If 21 Thunder will appear with other providers further down the line, this table will be updated.

The cast of 21 Thunder

21 Thunder is a great Drama movie, we’ve selected several other movie options that we think you would like to stream if you have watched 21 Thunder

21 Thunder is a great drama show, we’ve selected several other show options that we think you would like to stream if you have watched 21 Thunder