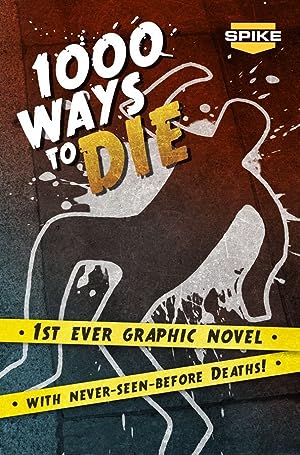 How to Watch 1000 Ways to Die Online in Australia

1,000 Ways to Die, an anthology television series, which aired on Spike/Spike TV from May 14, 2008 to July 15, 2012 showcased shocking reenactments of deaths of individuals who often met the grim reaper in very unorthodox or outlandish ways. Often recreated in a fast-paced, very tongue-in-cheek manner, the stories were based on actual events, but dramatic license was liberally used. Voice-over-narration provided background information on each death. The deaths were recreated in a variety of ways including witness testimonials, historical tidbits, scientific expert analysis, graphic computer-generated imagery animation, interviews, live-action recreation, and even actual footage, when available. Each death ended with a title which was a pun, often based on some popular word or phrase.

Which streaming providers can you watch 1000 Ways to Die on

1000 Ways to Die is a great Documentary movie, we’ve selected several other movie options that we think you would like to stream if you have watched 1000 Ways to Die

1000 Ways to Die is a great documentary show, we’ve selected several other show options that we think you would like to stream if you have watched 1000 Ways to Die