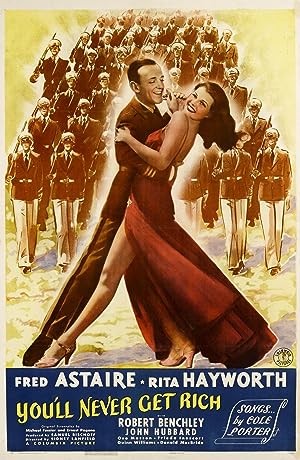 How to Watch You'll Never Get Rich 1941 Online in Australia

The cast of You'll Never Get Rich

What is You'll Never Get Rich about?

After his wife discovers a telltale diamond bracelet, impresario Martin Cortland tries to show he's not chasing after showgirl Sheila Winthrop. Choreographer Robert Curtis gets caught in the middle of the boss's scheme. Army conscription offers Robert the perfect escape from his troubles- or does it?

Where to watch You'll Never Get Rich