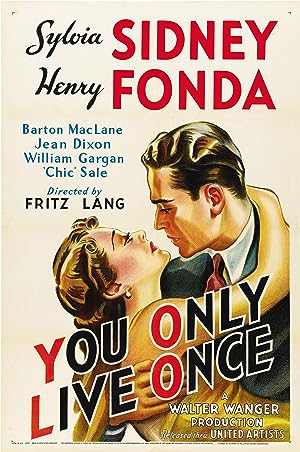 You Only Live Once

Watch You Only Live Once 1937 in Australia

Where to watch You Only Live Once

What is You Only Live Once about?

Joan is the secretary to the public defender in a large city. She is in love with a career criminal named Eddie, and she believes that he is a basically good person who just had some tough breaks. She uses her influence to get him released early, and he tries to go straight after marrying her, but things don't work out, and they both go on the lam.

Which streaming providers can you watch You Only Live Once on