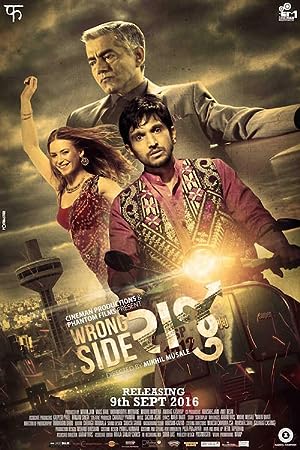 How to Watch Wrong Side Raju 2016 Online in Australia

What is Wrong Side Raju about?

Raju Bhambhani (Pratik Gandhi) is a young man from Ahmedabad. His life changes for worse when his boss and son of a famous industrialist, Tanmay (Kavi Shastri) accuses him for a hit and run case. As Raju sets out to prove his innocence, police tries to set facts asunder from fiction.

Where to watch Wrong Side Raju

Which streaming providers can you watch Wrong Side Raju on

The cast of Wrong Side Raju

Wrong Side Raju is a great Drama movie, we’ve selected several other movie options that we think you would like to stream if you have watched Wrong Side Raju

Wrong Side Raju is a great drama show, we’ve selected several other show options that we think you would like to stream if you have watched Wrong Side Raju