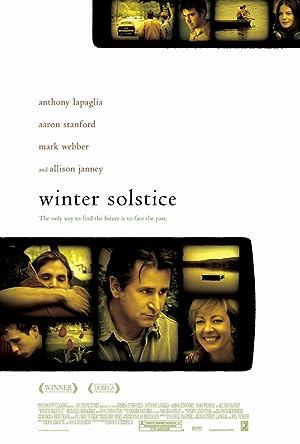 How to Watch Winter Solstice 2004 Online in Australia

What is Winter Solstice about?

Landscape gardener Jim Winters is a quiet craftsman, a soft-spoken man who prefers an orderly life. His family, however, is anything but orderly. Older son Gabe is planning his escape to Florida, leaving behind any shot at a stable future with his girlfriend. Younger son Pete has retreated into a private world of anger, drift and disappointment. Jim struggles watching his sons make choices he views as disastrous compromises. It is only when he meets his new neighbor, Molly, that Jim finds a way to deal with his own life and his family's future.

Where to watch Winter Solstice

Which streaming providers can you watch Winter Solstice on

The cast of Winter Solstice

Winter Solstice is a great Drama movie, we’ve selected several other movie options that we think you would like to stream if you have watched Winter Solstice

Winter Solstice is a great drama show, we’ve selected several other show options that we think you would like to stream if you have watched Winter Solstice