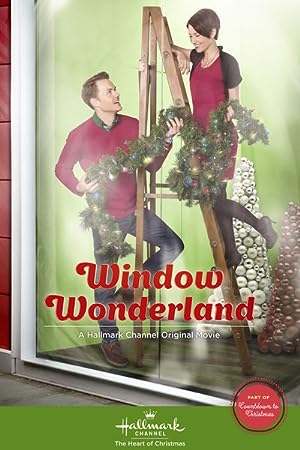 How to Watch Window Wonderland 2013 Online in Australia

The cast of Window Wonderland

What is Window Wonderland about?

It's no holds barred when two Manhattan department store employees vie for the same job during the busy Christmas season. Sloan Van Doren is a driven young woman determined to become the next window dresser at McGuire's department store and to uphold a 95-year-old artistic holiday tradition. Serious and professional, she's the polar opposite of the happy-go-lucky Jake Dooley, who also wants the job. When Mr. Fitch, the head of advertising and promotion, gives them a challenge, the competition is on: each will create a series of seasonal storefront windows twice a week until Christmas. The creator of whichever window display gets the most attention from passersby will get the job. As they go through their paces, with Jake's obvious talent grabbing the public's attention, a silent but mutual attraction develops between the pair, hampered by the contest and the presence of Kenneth, Sloan's blueblood boyfriend, who can't understand the importance Sloan is placing on this job. Supporting the efforts of the window dressers are McGuire's veteran window washer Mac (Terence Kelly) and brassy bathroom attendant Rita who have eyes for each other but haven't done anything about it yet. Love is in the air at McGuire's, but things aren't exactly what they seem. Who will win in this love triangle?

Where to watch Window Wonderland