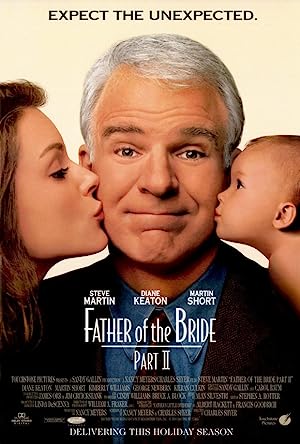 The cast of Father of the Bride Part II

What is Father of the Bride Part II about?

In this sequel to "Father of the Bride", George Banks must accept the reality of what his daughter's ascension from daughter to wife, and now, to mother means when placed into perspective against his own stage of life. As the comfortable family unit starts to unravel in his mind, a rapid progression into mid-life crisis is in his future. His journey to regain his youth acts as a catalyst for a kind of "rebirth" of his attitude on life when he and his wife, Nina, find how their lives are about to change as well.

Where to watch Father of the Bride Part II

More Comedy movies like Father of the Bride Part II