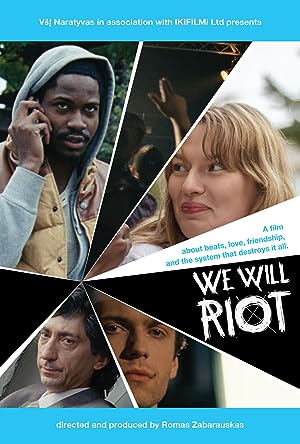 How to Watch We Will Riot 2013 Online in Australia

Where to watch We Will Riot What is We Will Riot about?

Luke is an up-and-coming DJ from an affluent New York family with a Lithuanian father and an African-American mother. When Luke hears from an estranged grandmother in Lithuania, he defies his parents and decides to visit this far-away country, flying straight to the capital city Vilnius. He falls in love with the city, a rebellious girl called Marta, and the local music scene - the beatmakers - promoted by an aggressive gay manager, Andy. Luke's grandma's connections get him a deal with the municipality to become the manager of a new nightclub, and he takes up the challenge... but the deal turns out to be poisoned, forcing Luke to rebel in ways he never imagined.

Which streaming providers can you watch We Will Riot on

Here is the comprehensive list of streaming providers that will show We Will Riot in Australia. If We Will Riot will appear with other providers further down the line, this table will be updated.

The cast of We Will Riot