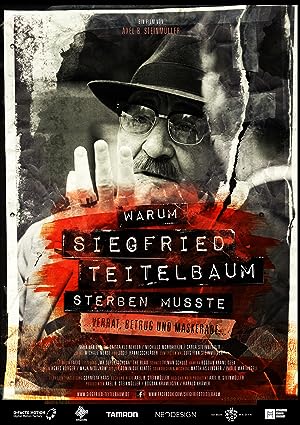 What is Warum Siegfried Teitelbaum sterben musste about?

Did you ever wonder why Siegfried Teitelbaum had to die? You will learn the whole and unvarnished truth about one of the best kept secrets of the recent past. Forget all the rumors, the lies of the official authorities and get to know Stefán. An extremely talented artist - in two ways. As a professional killer, on behalf of a secret organization and as a talented illustrator and painter. Stefán is asked by his boss, Lady of Prittwitz-Schmidt, a merciless, wheelchair-bound and grande-dame of business intelligence, to eliminate the long-sought Siegfried Teitelbaum. Teitelbaum, considering the half-classified version, has to pay out of the way of his many crimes at the request of influential people. A routine job for Stefán. But meanwhile Stefán is plagued by his craving for "Supertschunk", his annoying competitor, called The Luxembourg, wishing to join the new order, a stranger named Mr.X crosses his path - as simple as being successful with this plan, Stefán has to learn the hard way that nothing seems to be like it is.