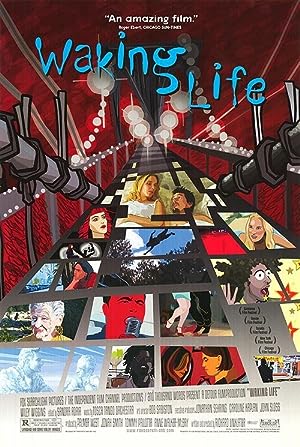 How to Watch Waking Life 2001 Online in Australia

What is Waking Life about?

Dreams. What are they? An escape from reality or reality itself? Waking Life follows the dream(s) of one man and his attempt to find and discern the absolute difference between waking life and the dreamworld. While trying to figure out a way to wake up, he runs into many people on his way; some of which offer one sentence asides on life, others delving deeply into existential questions and life's mysteries. We become the main character. It becomes our dream and our questions being asked and answered. Can we control our dreams? What are they telling us about life? About death? About ourselves and where we come from and where we are going? The film does not answer all these for us. Instead, it inspires us to ask the questions and find the answers ourselves.

Where to watch Waking Life

Which streaming providers can you watch Waking Life on

Here is the comprehensive list of streaming providers that will show Waking Life in Australia. If Waking Life will appear with other providers further down the line, this table will be updated.

The cast of Waking Life

Waking Life is a great Animation movie, we’ve selected several other movie options that we think you would like to stream if you have watched Waking Life

Waking Life is a great animation show, we’ve selected several other show options that we think you would like to stream if you have watched Waking Life