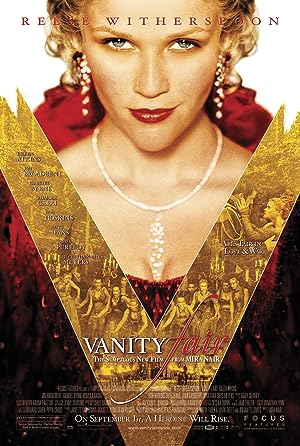 How to Watch Vanity Fair 2004 Online in Australia

The cast of Vanity Fair

What is Vanity Fair about?

The British Empire flowers; exotic India colors English imaginations. Becky Sharp, the orphaned daughter of a painter and a singer, leaves a home for girls to be a governess, armed with pluck, a keen wit, good looks, fluent French, and an eye for social advancement. Society tries its best to keep her from climbing. An episodic narrative follows her for 20 years, through marriage, Napoleonic wars, a child, loyalty to a school friend, the vicissitudes of the family whose daughters she instructed, and attention from a bored marquess who collected her father's paintings. Honesty tempers her schemes. No aristocrat she, nor bourgeois, just spirited, intelligent, and irrepressible.

Where to watch Vanity Fair