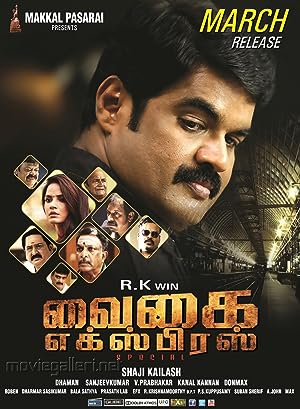 How to Watch Vaigai Express 2017 Online in Australia

Where to watch Vaigai Express

What is Vaigai Express about?

Three girls, Yamini, Tulasi Mani and Radhika, are found killed in a train journey. Sharafudeen Rahman (RK), from RACT (Railway Anti Criminal Task force), takes up the case and starts the investigation. The murderers of Tulasi Mani and Yamini are found by RACT without much effort, but Radhika's assassination leaves the team puzzled. How they find the culprit forms the rest of the story.

Which streaming providers can you watch Vaigai Express on

Here is the comprehensive list of streaming providers that will show Vaigai Express in Australia. If Vaigai Express will appear with other providers further down the line, this table will be updated.

The cast of Vaigai Express