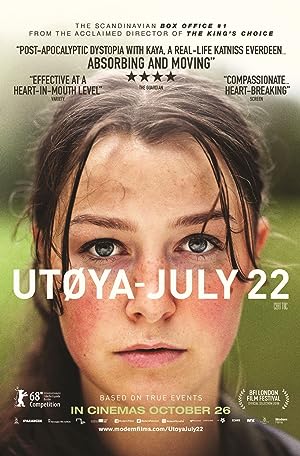 On July 22, 2011, less than two hours after detonating a deadly car-bomb, and having already killed eight people in Oslo, the remorseless Norwegian far-right terrorist, Anders Behring Breivik, boarded the ferry MS Thorbjørn in Lake Tyri. As the shocking news of the devastating Oslo explosion was starting to reach the ears of the unsuspecting teenagers of the Workers' Youth League summer camp on the remote island of Utøya, the loud, sharp, and blood-curdling sound of Anders' first gunshots could only mean one thing: death. Now, for the next long and nightmarish seventy minutes, eighteen-year-old Kaja, her younger sister, Emilie, and approximately six-hundred young participants will find themselves drawn into a violent maelstrom of destruction, as Breivik, with cold-blooded precision, injures hundreds, and kills sixty-nine boys and girls. Will the world ever forget July 22, 2011, and the atrocious Utøya massacre?

Which streaming providers can you watch Utøya: July 22 on

Here is the comprehensive list of streaming providers that will show Utøya: July 22 in Australia. If Utøya: July 22 will appear with other providers further down the line, this table will be updated.

Utøya: July 22 is a great Drama movie, we’ve selected several other movie options that we think you would like to stream if you have watched Utøya: July 22 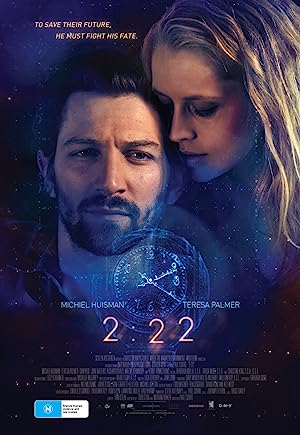