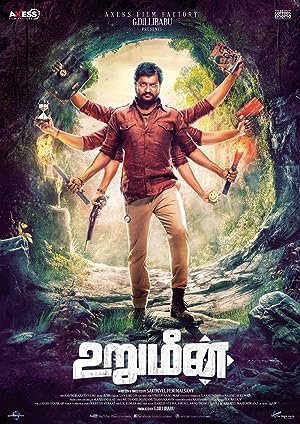 How to Watch Urumeen 2015 Online in Australia

Urumeen narrates the story of a man reborn the third time after he's betrayed by his best friend. He's completely unaware of this until he comes across a very old book: rather, his own book since he held it in his both his previous generations. After getting the book, he also becomes a part of several unfortunate events that unfold in a series of twists and turns which lead him to discovering himself, through the book itself: how was friendship worse than betrayal and how even thinking of seeking revenge could be an honest feeling. As the film takes several turns to bring both the friends or the 'enemies' together, there also arrives an energetic blend of action, drama, patriotism, thrill and of course, the root solution to this: Revenge, as the tagline calls it "Always Ultimate".