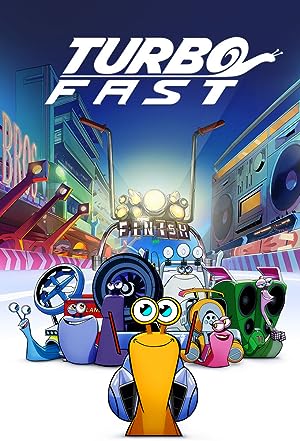 How to Watch Turbo FAST Online in Australia

What is Turbo FAST about?

After Turbo the Snail's improbable win at the Indianapolis 500, the superfast racer finds his life forever changed after he returns from his victory tour. Namely, Tito, his human companion, has built Starlite City, a massive miniature city with an elaborate adjoining race track for Turbo and his fellow snails to live and race in. However, Turbo finds his new life no less hectic as he and his friends face new rivals of all varieties eager to take the champion on. Regardless of the danger, Turbo and his colleagues of the Fast Action Stunt Team are ready for the challenge.

Where to watch Turbo FAST

Which streaming providers can you watch Turbo FAST on

Here is the comprehensive list of streaming providers that will show Turbo FAST in Australia. If Turbo FAST will appear with other providers further down the line, this table will be updated.

The cast of Turbo FAST

Turbo FAST is a great Action movie, we’ve selected several other movie options that we think you would like to stream if you have watched Turbo FAST

Turbo FAST is a great action show, we’ve selected several other show options that we think you would like to stream if you have watched Turbo FAST