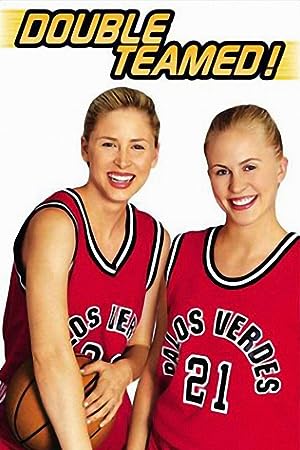 How to Watch Double Teamed 2002 Online in Australia

What is Double Teamed about?

Heather and Heidi Burge go to an inner-city school where they play volleyball on a team. Their father decides that they need to go to a bigger school outside of their school area so that they can get scholarships. At first the twins were supposed to be playing Volleyball at their new school but then 6'1 Heather is discovered by the basketball coach. Heidi is into drama but is forced to play basketball by her father. It's discovered that they live out of the school zone so they have to move out of their big beautiful house into a small apartment because their father is stuck on them playing basketball. Can they overcome all of these obstacles and win the game at the end?

Where to watch Double Teamed

Which streaming providers can you watch Double Teamed on

Here is the comprehensive list of streaming providers that will show Double Teamed in Australia. If Double Teamed will appear with other providers further down the line, this table will be updated.

The cast of Double Teamed

Double Teamed is a great Biography movie, we’ve selected several other movie options that we think you would like to stream if you have watched Double Teamed

Double Teamed is a great biography show, we’ve selected several other show options that we think you would like to stream if you have watched Double Teamed