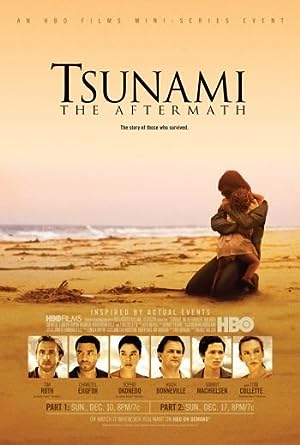 How to Watch Tsunami: The Aftermath Online in Australia

What is Tsunami: The Aftermath about?

A tale of personal loss, survival and hope, TSUNAMI, THE AFTERMATH follows a group of fictional characters whose lives are irrevocably transformed by the cataclysmic natural disaster. Among those whose stories are followed are: a young couple searching for their child; a Thai survivor who loses his family and tries to prevent developers from seizing the land his village is built on; an Englishwoman whose husband and son are missing; an ambitious reporter; a relief worker; an overwhelmed British official whose faith in the system is torn apart; and a leading Thai meteorologist, whose earlier report detailing the inevitability of a tsunami hitting the affected area was ignored.

Where to watch Tsunami: The Aftermath

Which streaming providers can you watch Tsunami: The Aftermath on

The cast of Tsunami: The Aftermath