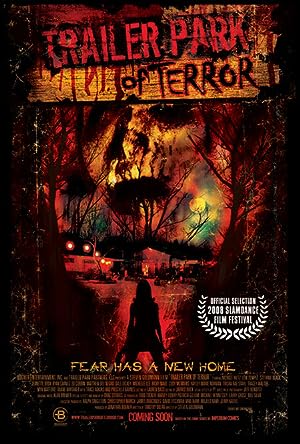 How to Watch Trailer Park of Terror 2008 Online in Australia

The cast of Trailer Park of Terror

What is Trailer Park of Terror about?

Based on the Imperium Comics series, Trailer Park of Terror. Six troubled high school students and their chaperon, an optimistic youth ministries Pastor, return from an outdoor character building retreat in the mountains. During a raging storm, their bus crashes, hopelessly stranding them in the middle of the Trucker's Triangle, a forgotten locus of consummate evil in the middle of nowhere. The hapless group seeks shelter for the night in a seemingly abandoned trailer park they find down the road. However, when the sun sets, it's not refuge they find. Instead, terror finds them in the form of Norma, a damned redneck reaper with a killer body who dispenses vengeance and death aided by her cursed companions, a bloodthirsty brood of Undead trailer trash.

Where to watch Trailer Park of Terror