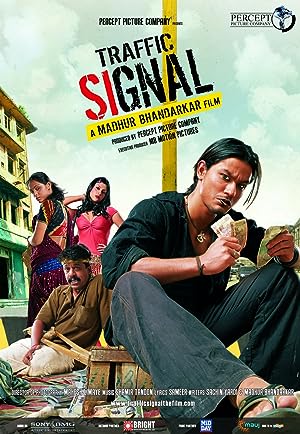 How to Watch Traffic Signal 2007 Online in Australia

The cast of Traffic Signal

What is Traffic Signal about?

Silsila is the "manager" of one traffic signal, that is he collects the "hafta" (protection tax) from each signal squatter plying his trade. There's Tsunami, a little scavenger boy, there's Rani - a Gujrati girl selling ethnic clothes on the sidewalk, and there's Dominic - a drug addict and the prostitute who feels for him. Then there's Silsila himself, who's an orphan, and reports to Jaffer bhai the local goon. Jaffer bhai in turn reports to Haji the leader of the local mafia. And the hafta, from each traffic signal and territory Haji controls, seeps upward to the politicians. Life is routine, until Silsila and Jaffer bhai get caught up in a chain of events which threatens the very source of their livelihood - the traffic signal itself, and Silsila must either remain mute with fear or protest . . .

Where to watch Traffic Signal