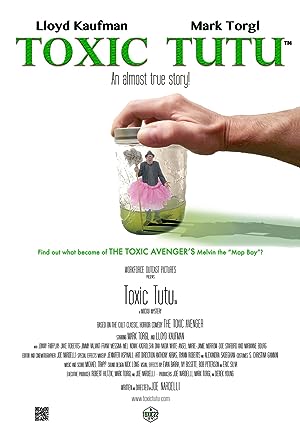 How to Watch Toxic Tutu 2017 Online in Australia

Where to watch Toxic Tutu

What is Toxic Tutu about?

Thirty-years after the release of THE TOXIC AVENGER, Mark Torgl resurfaces at a horror-fan Cosplay convention to reveal the reason for his prolonged obscurity. But before he can explain, Mark is abducted by masked gunmen. --- The convention erupts into chaos and a rumor mill swirls: Toxic waste found on the set of the original film. --- The substance is believed linked to: the deaths of innocent people; heightened sexual stimulation; rumors of Mark's disfigurement; and a toxic oasis located somewhere in the marshlands of New Jersey. --- In the midst of the search for Mark who is rescued by a group of fanatics, Lloyd Kaufman - mastermind of the cult-classic film -- goes missing. --- Mark realizes that the abductors are after more - the fertile source. And that he must get to the toxic oasis before they do. --- NYU colleague and filmmaker, Joe Nardelli is invited by Mark to document, on video, Mark's first time convention appearance and return to his fans. What emerges is a conspiracy between deviant sibling abductors. One who wants to seize the toxic oasis for the powerful contaminants it produces. And the other who is determined to destroy it. Mark is the target of their adverse intentions. --- An Almost True Story: TOXIC TUTU sheds light on a thirty-year shroud of secrecy surrounding the infamous TROMA production and Melvin's mysterious disappearance. Meanwhile, it speculatively answers a question fans have been asking for decades: What really happened to their hero and beloved, Melvin the "Mop Boy", Mark Torgl following the release of THE TOXIC AVENGER?

Which streaming providers can you watch Toxic Tutu on

Here is the comprehensive list of streaming providers that will show Toxic Tutu in Australia. If Toxic Tutu will appear with other providers further down the line, this table will be updated.

The cast of Toxic Tutu