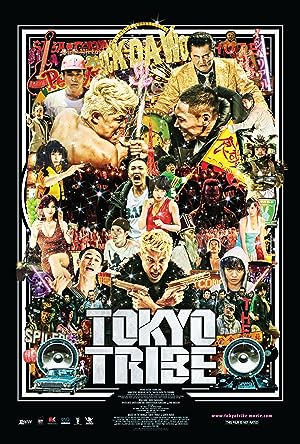 How to Watch Tokyo Tribe 2014 Online in Australia

The cast of Tokyo Tribe

What is Tokyo Tribe about?

In an alternate Japan, territorial street gangs form opposing factions collectively known as the Tokyo Tribes. Merra, leader of the Wu-Ronz tribe of Bukuro joins forces with heavy hitting sadistic gangster Buppa of Buppa Town. With Buppa's support, Merra aims to initiate a gang war between the Wu-Ronz and the Musashino Saru, and in a confrontation between the two attempts to kill popular member of the Musashino Saru - Kai. By mistake, Merra instead kills Kai's friend Tera (a Musashino Saru member beloved by members of all Tribes since before their formation). This leads to the joining of forces between all of the Tokyo Tribes in an all out war against Merra and Buppa's forces.

Where to watch Tokyo Tribe