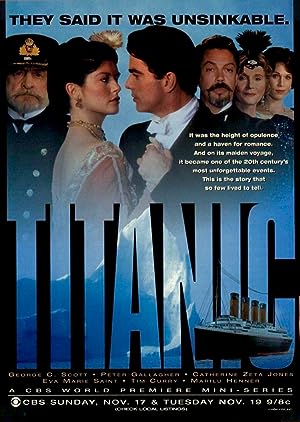 How to Watch Titanic Online in Australia

What is Titanic about?

The plot focuses on the romances of two couples upon the doomed ship's maiden voyage. Isabella Paradine (Catherine Zeta-Jones) is a wealthy woman mourning the loss of her aunt, who reignites a romance with former flame Wynn Park (Peter Gallagher). Meanwhile, a charming ne'er-do-well named Jamie Perse (Mike Doyle) steals a ticket for the ship, and falls for a sweet innocent Irish girl on board. But their romance is threatened by the villainous Simon Doonan (Tim Curry), who has discovered about the ticket and makes Jamie his unwilling accomplice, as well as having sinister plans for the girl.

Where to watch Titanic

Which streaming providers can you watch Titanic on

Here is the comprehensive list of streaming providers that will show Titanic in Australia. If Titanic will appear with other providers further down the line, this table will be updated.

The cast of Titanic

Titanic is a great Action movie, we’ve selected several other movie options that we think you would like to stream if you have watched Titanic

Titanic is a great action show, we’ve selected several other show options that we think you would like to stream if you have watched Titanic