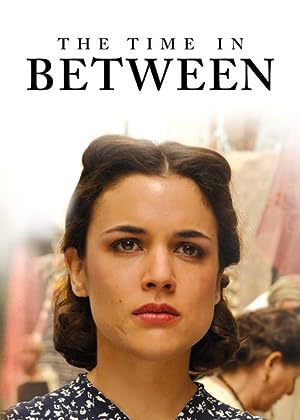 How to Watch The Time in Between Online in Australia

What is The Time in Between about?

Sira Quiroga is a young Spanish dressmaker engaged to a solid suitor when a suave typewriter salesman upends her life. Spain is being upended by a civil war and the new regime's growing alliances with Nazi Germany. Sira, smart, gutsy and resourceful with a Scarlett O'Hara-like ability to whip up designer duds on a moment's notice, Sira has spunk. Sira gains and loses a small fortune, is dumped by her cad of a lover in Morocco, runs guns to get the cash to start her life anew and becomes couturier to the Nazi wives stationed in Madrid. Urged on by her friend, the real-life British spy Rosalinda Fox, Sira, too, aids the British cause.

Where to watch The Time in Between

Which streaming providers can you watch The Time in Between on

The cast of The Time in Between

The Time in Between Trailer

More adventure tv shows like The Time in Between

Watch The Time in Between