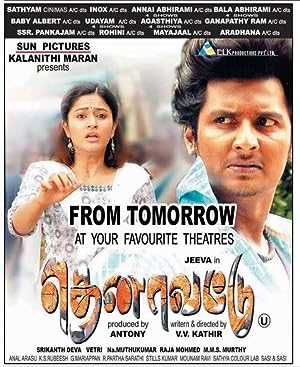 How to Watch Thenavattu 2008 Online in Australia

The film starts with Kailasam (Ravi Kale), the somber bigwig is performing the last rites of some one dear to him,but the appearance of Kottai (Jiiva), first in the chaotic Koovagam ...

Which streaming providers can you watch Thenavattu on

Here is the comprehensive list of streaming providers that will show Thenavattu in Australia. If Thenavattu will appear with other providers further down the line, this table will be updated.