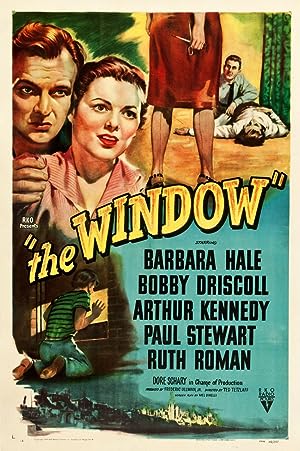 How to Watch The Window 1949 Online in Australia

The cast of The Window

What is The Window about?

At the age of 9, Tommy Woodry has a reputation for telling tall tales -- the latest one being that his family is moving from Manhattan to a ranch out west. When the landlord interrupts the Woodrys at dinner to show their about to be vacated apartment, the Woodrys tell Tommy enough is enough. Then that hot summer night Tommy decides to sleep on the fire escape -- outside the Kellerson's apartment, since it is a story higher and gets more breeze. Tommy sees the Kellersons kill a man. Tommy's parents and the police won't believe his story. But the Kellersons want to silence him.

Where to watch The Window