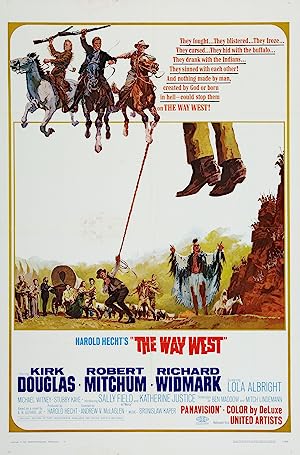 How to Watch The Way West 1967 Online in Australia

The cast of The Way West

What is The Way West about?

In the mid-19th century, Senator William J. Tadlock leads a group of settlers overland in a quest to start a new settlement in the Western US. Tadlock is a highly principled and demanding taskmaster who is as hard on himself as he is on those who have joined his wagon train. He clashes with one of the new settlers, Lije Evans, who doesn't quite appreciate Tadlock's ways. Along the way, the families must face death and heartbreak and a sampling of frontier justice when one of them accidentally kills a young Indian boy.

Where to watch The Way West