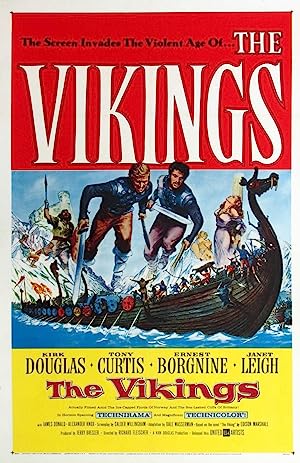 How to Watch The Vikings 1958 Online in Australia

The cast of The Vikings

What is The Vikings about?

Einar and Eric are two Viking half-brothers. The former is a great warrior whilst the other is an ex-slave, but neither knows the true identity of the other. When the throne of Northumbria in Britain becomes free for the taking, the two brothers compete against one another for the prize, but they have very different motives - both involving the princess Morgana, however.

Where to watch The Vikings