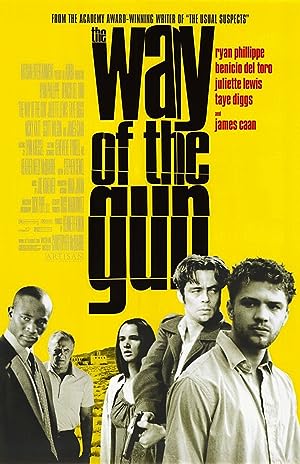 The cast of The Way of the Gun

What is The Way of the Gun about?

Two petty if violent criminals kidnap a girl being paid $1m to be a surrogate mother. As the baby is for a gangster the pair's demand for money sees several henchmen and assorted other ruthless characters head after them to Mexico. Bullets rather than talking are always going to settle this one.

Where to watch The Way of the Gun

The Way of the Gun Trailer

Watch The Way of the Gun

More Action movies like The Way of the Gun

More Action tv shows like The Way of the Gun